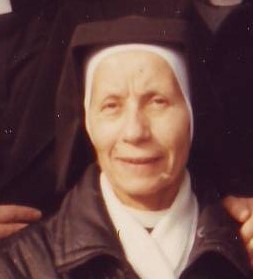 Renewing our faith in the Risen Christ, in which we place our certainty and hope, we announce, with pain, but with gratitude, that on June 21, 2021, at 5:20 am, in the sickbay of the Mother house, in Voghera (Pavia – Italy), the heavenly Spouse received in his arms,

The vocation seeds of the young Adele’s was wisely cultivated by her with the help of her spiritual director, Fr. Disma, Passionist, as she waited for the opportune moment to enter the Institute.

She was received in Voghera by the Superior of the Mother house, by then was Sr. Tranquilla Madama on April 5, 1949. Her novitiate mistress was Sister Camilla Bassani, by then Mother Giovanna Zonca was Superior General.

She made her Religious Profession in August 24, 1951 in the Chapel of the Mother house in Voghera – Pavia.

The young Adele, open and selfless, before meeting the Benedictine Sisters of Divine Providence, actively participated in the Association of the “Eucharistic Crusade” in the parish and worked assiduously also in the vocational field.

Having made her Religious Profession, with the enthusiasm of loving, serving and giving herself, she placed herself as a docile instrument in the hands of the Lord at the service of God and of her brothers. A teacher of manual work, she also carried out her mission as an assistant in the novitiate in mother house. After obtaining a certificate as a professional nurse, she carried out her service in the hospital of Broni and, upon returning from Albania, gave good support to the Sisters of the community in the house of rest “Villa Gerlina”.

In 1991 she was sent as a missionary to Albania with Sister Eurosia Gritti and Sr. Donata Montagnoli and remained there until 2007, facing the challenges of missionary work and the reconstruction of a country that the dictatorship of Enver Hoxa had annihilated and humiliated, but which had failed in making him an atheist as he had projected.

Sister Cecilia made her precious contribution to the formation of the community and to the opening of the educational work of the Benedictine Sisters of Divine Providence in this tormented land. Even today, many remember the good she did in the social, health and education fields.

Sister Cecilia evangelized with her serene and joyful presence, open and available, always ready to go to where the needs and urgencies called her. Combatant and daring, she never stopped trusting in Divine Providence, in which he placed great faith.

Since 2017, after the surgery, she was paralyzed and was lovingly cared for by the Sisters of the Mother house.

We are very grateful to God for the gift that Sister Cecilia was to us and to all who knew her.

The funerals will be celebrated tomorrow, June 22, 2021 at 9:30 am in the Chapel of the Motherhouse of Voghera (Pavia – Italy). The body will be buried in Voghera Cemetery (Pavia).

In fraternal communion of prayer, united with all the Sisters of the Province “Giustina and Maria Schiapparoli”, family and friends, especially the friends of Durazzo – Albania, let us entrust this sister of ours to Jesus her faithful friend.

“O Lord, give me Your grace each day”

(from the saint of the 25th of Religious Profession)

Rest in the peace of the Lord! 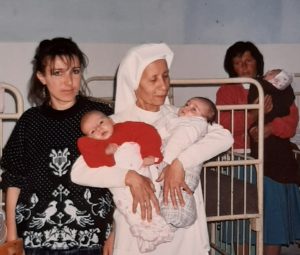 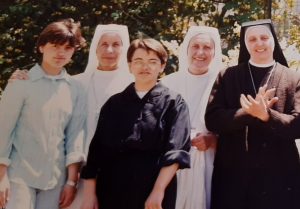 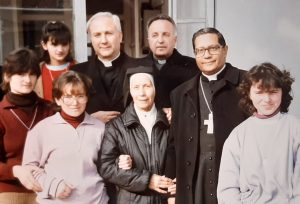