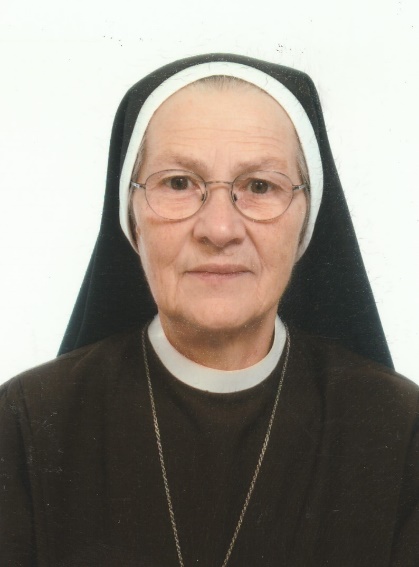 Renewing our faith in the Risen Christ, in which we place our certainty and hope, with pain, but with gratitude, We announce that on May 21, 2021, at 7:15 pm (local time), in the Hospital SS. Annunziata di Varzi (Pavia – Italy), the celestial Spouse received in her arms,

At the age of 85 and after 66 years of Religious Profession. Sister Claudete (Carmelina) she was born in Meleiro (Santa Catarina – Brazil) on March 3, 1936.

Sister Claudete met the Benedictine Sisters of Divine Providence in Nova Veneza – Santa Catarina, as her parents had moved to Vila Maria (Nova Veneza – Santa Catarina). She entered the Congregation in Nova Veneza on February 16, 1953 and was welcomed by Sister Vittoria Recchi, by then was a local Superior. Her novitiate mistress was Sister Beniamina Carbone and the  Mother General of the time was Sister Giovanna Zonca.

She made her religious profession in January 6, 1955 in the Chapel of the Instituto Sagrada Família in Nova Veneza – Santa Catarina.

Sister Claudete, loving the Lord intensely, from the beginning she gave herself generously to Him, immediately offering herself to the service of the Congregation. In fact, at a very young age, she accepted to compose the first group of Brazilians who came to Italy, where she could deepen her Religious Consecration in the cradle of the Congregation. She arrived in Voghera, on March 28, 1956, accompanied by Sister Vittoria Recchi, together with her colleagues: Sister Marina Gava and Sister Rosa Nossa and two more Postulants.

She was a teacher of manual work and a teacher at the nursery school, collaborated in the education of the little ones, in the parish oratories, assistance of the adolescents in the orphanages, and worked with the university students in Pavia. She also served as local Superior in Rome, Pegli (Genova) and Camporeale (Palermo).

She was truly a selfless and silent person. Her generosity and willingness to serve were imprinted on her serene and welcoming face. Rich in prayer and sacrifice, she consumed her precious offering in silence and in hiding without demanding anything. When her energy began to diminish and the inconveniences of the years weighed down, she renounced visiting her relatives in Brazil, precisely so as not to disturb anyone. Sister Claudete, a beautiful and serene soul, she could communicate to everyone in a dedicated way her sensitivity of prayerful inner strength. Since August 12, 2017, she was at the Mother House for treatments, but always with a load of willingness to help others.

Her testimony of tireless offering to others during the 66 years of Religious Life enriches the history of our Congregation and leaves an admirable legacy of love and fidelity.

The funerals will be celebrated on Monday, May 24, at 10 am in the Chapel of Mother house and followed by the burial in the Voghera Cemetery (Pavia).

In a fraternal communion of prayer, united to all the Sisters of the Province “Giustina and Maria Schiapparoli”, to the beloved family members of Sister Claudete in Brazil and to so many friends, let us give our dear Sister to Jesus, her beloved Spouse.

“I will sing the Lord’s mercy forever”

(from the holy card of his Religious Profession)

Rest in peace with the Lord! 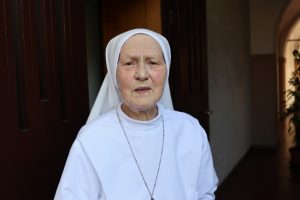